Skip to content
This Year’s Outlook: How Will the Economy Perform in 2019?

How Will the Economy Perform in 2019?

January is my busiest month of the year as an economic growth strategist. Ordinary people, partners, friends and clients want to know what the economy will be like in the year ahead. For businesses, economic forecasts are important for production, sales and hiring plans. Government officials want to know what the economy will mean for their tax revenues and public expenditures. And, of course, the relative strength or weakness of the economy is one of the key determinants of the availability, types and pay of jobs for workers.

I normally open my economic and business talks by telling audiences economists are very good at predicting the past. Although meant as a joke, there’s a large element of truth in the statement. Like any part of life, try as we might to understand it, the economy normally filled with unpredictable twists and turns.

My Sagittarius Horoscope for 2019 says that I “will witness ebb and flow of opportunities and circumstances,” which is quite profound when you think about it. But this is not about me and my personal ebb and flow, but rather ours.

We are, after all, in this boat together. And so, I will accept the role of an all-knowing futurist, all the while keeping a quote in mind from the Danish physicist Niels Bohr: “Prediction is very difficult, especially if it’s about the future.”

Economists look at a number of factors in making predictions and forecasts. Most important are existing trends among businesses and consumers, how long it has been since the last recession and the expected impacts of any new government economic

The President of the United States of America, Donald Trump will continue with his nationalist economic policies and the rhetoric on trade wars as he also proclaimed himself to be a “tariff man.” At the end of March 2019, BREXIT will become a reality for the UK economy that will slow down economic growth rate to 1.5%. 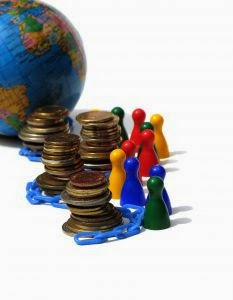 Coming back home, most economists are predicting that the national economic growth rate will improve in 2019. By the end of the year, the most widely quoted GDP growth rate is 1.4%. The World Bank expects South Africa’s economy to expand by 1.3 percent in 2019.

Although salary increases for workers have been modest in recent years, the key number is whether they have kept pace with inflation. The good news is  they have. In the last three years, average hourly wages have exceeded annual inflation by two percentage point — certainly not a record, but at least keeping workers’ pay changes above water. With an improving labor market in 2019, this gain should improve.

However, there are two potential economic downsides for 2019, namely, higher inflation and interest rates. Economic growth and high wages are usually a recipe for faster price increases. While the safe bet is that average prices will rise slightly more than 1.2 percent to be closer to 5.6% in 2020. Prudent monetary policy, the better outlook from credit rating agencies and improving manufacturing efficiency have been keeping a lid on inflation in 2018.

With the South African Reserve Bank gently moving back to a more normal monetary policy — following their extraordinary moves during 2018 — interest rates are expected to rise marginally by 25 basis point in 2019 including fixed mortgage rates, which will also edge up.

The big question for the national economy is the impact of the 2019 general elections on economic growth. While most commentators suggest a positive effect of a Ramaphosa’s presidency, there is a wide range of concerning policy issues for both domestic and foreign investors that will put some brakes on the economy in 2019.

Two key policy issues standout as a potential barrier to both real economic growth and attraction of foreign direct investment, which has been the key focus of the President in 2018 since he took office at the Union Buildings and setting the $100b FDI target for the next 5 years and hosting the investment summit last year October in Sandton.

The ruling party’s policy regarding expropriation of land without compensation and the new minimum wage legislation are two key policies that need to be better managed by the government during 2019.

Psychologist now believes that our brains are wired to notice threats, which was quite useful for people in prehistoric times who could become lunch on the savanna.

Today, those physical threats have been largely replaced by cognitive threats with people focused on their financial and emotional well being and worrying about, well, everything.

All of this, of course, begs the question as to whether our deep-seated fears could initiate a self-fulfilling prophesy in terms of a recession as a result of unexpected outcomes of the 2019 general election and subsequent bad economic policy choices that might be the newly elected political leaders.

“We’ve got to be careful because we can talk ourselves into a recession. And that’s how bad technicals become bad economics,” economist Mohamed El-Erian recently told CNBC.

This much we know – downturns, like certain bodily functions, happen. They are part and parcel of business cycles. Will one occur in 2019? Hell if I know, but at some point, a downturn will come. Yes, I am willing to go on the record and make such a bold prediction.

Here’s another — the hype about artificial intelligence (AI) and machine learning, so prevalent in 2018, will continue in 2019, with some astonishing breakthroughs that could very well scare the bejesus out of you.

No longer are the machines just doing the physical work. Now we are crossing into a new threshold in which they are planning, strategizing and making decisions for us. In 2019, more people will use an AI assistant to arrange their calendars, plan trips, and make restaurant reservations, all of which comes off as relatively harmless, but may, in fact, be the machines’ way of plotting our ultimate demise. I’m just saying.

What Government’s Economic Agenda should be in 2019?

During his State Of The Nation Address (SONA) 2019 speech, we expect the President to talk, in broad strokes, on five action areas his government must focus on to ensure better performance of the economy in 2019. They are:

What 2019 Means for You Economically

The government will be looking for opportunities and support as it continues down its chosen path for economic growth as per the President’s New Dawn. Companies and organizations need to be aware of stimulus programs that may be announced during the SONA on February 7, 2019, and the budget speech of the Finance Minister and then be positioned for success in securing government funding for infrastructure projects, investment incentives, and other government grants.

Organizations with funding needs outside of infrastructure will want to ensure that their proposals are strongly linked to the government`s agenda of economic development and increased employment.

GROWTHMAP INFONOMICS is able to provide support for clients with sector-specific information to understand where the economy is headed in 2019 and where the government will be focusing its efforts in the medium-term.

We are able to help clients communicate with government on the scope of a public-private partnerships program as the government decided last year to introduce a stimulus package aimed at growing the economy by working with the private sector. GROWTHMAP INFONOMICS also helps clients position their issues and focus advocacy efforts to deliver success.

So, there you have it, my economic forecast for 2019. The life of a futurist does not come easy. I must spend days and weeks at a time sifting through the writings of others to claim original ideas as my own. It’s a thankless job, but someone has to do it.

Hopefully, when we look back at the economy at the end of 2019, we can decide the year has been a good one for more people, businesses, non-profits, cities and towns — and that we will have at least made some progress in the economic issues we confront. If so, then maybe we can call 2019 a happy new year.

Thokozani Thwala is the founder and CEO of GROWTHMAP INFONOMICS. He helps his clients with economic growth strategies, tools, speaks at seminars and writes on macroeconomics, business internationalization, and public policy.